I can understand that the G7 meeting fallout still rankles a little with many Canadians. My own Irish blood boiled for a bit, but my Canadian “nice conditioning” cut in before I cut loose! It probably doesn’t matter if you’re liberal or conservative, all Canadians might justifiably take just a little umbrage at having the Canadian Prime Minister attacked in such a manner by the US President & his advisers. 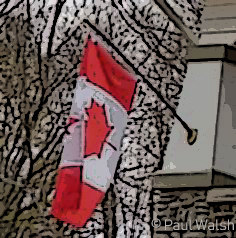 The US runs a trade surplus with Canada. And isn’t this what the Trump trade policy is all about these days? So why pick on a country where this is the case? Canada does protect its dairy. Just as the US protects its tobacco & softwood lumber. Canada traded a key segment of  its aerospace industry for automotive jobs back in the day. Surely there’s enough give & take in all this to come to an amicable agreement?

Like it or not though, I guess we’ll have to grin & bear it. While the trade volumes between the two countries are less significant from an American perspective, trade volume with the US is a really big deal for Canada. We are the little brother & we are in the perfect position to be bullied.

Individually, we can all do a little more. We can all stand up for Canada every time we make a spending choice. We can buy Canadian products, from Canadian companies. If we feel we can’t, we can tell them why not. Maybe they can improve. I have too many American family & friends to be anti-American. And I love the place anyway. But I don’t have to love how we’re being treated by the current administration.

In general, I see buying North American as the responsible thing to do. Okay, I’ll admit that every now & again I visit the British & Irish shop for a taste of home. And yes, I’m also guilty of buying the ten cent version of something off eBay every now & again. Instead of paying a dollar for the local one. For the most part though, I see buying something from anywhere on this continent as the right thing to do. And, with no leading Canadian product to choose, I would typically choose American, or Mexican, over something from elsewhere around the globe.

But just for now, & by way of standing up for Canada, I’m going to be a little more focused on that Made in Canada logo. I think I might take my summer break in Canada this year.

And I’m going to do it all nicely!