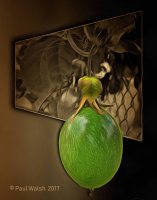 I’m voting tomorrow & I have no idea who I’m voting for. What am I concerned about? I like Canada’s healthcare system & I wish it was better funded. All the main parties say they’re going to improve it so I think that’s all good. They’re all going to do something slightly different for education, but generally that’s good too. Daycare isn’t a big deal for me but I know it is for a lot of people so I guess that’s a good thing. I’d generally like things to be cheaper in Ontario. I would prefer to pay less taxes & to have a more vibrant economy. They all say they’ll make those things happen. One will tax the rich, one will tax everyone, the other will have everything appear, at no cost, by some miraculous deed. Okay, I’m being a little silly but here’s one thing I don’t understand …

One perspective is to have the rich & corporations pay a bigger, some would say a fairer, share. Others want to give tax breaks to those same people & companies to attract business, with the promise that the money will trickle down. I’ve never had any money trickle down to me that I was aware of. But I wouldn’t want our Ontario companies heading off to greener pastures either. I need to educate myself on this. Have both theories ever been tested & pitted against each other in the real world?

Anyone got any recommendations on what I can read to understand which of these perspective is correct?

And give me a quick resume of your take before I have to go vote tomorrow!!!