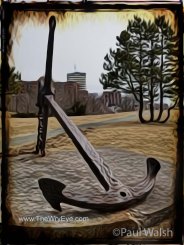 What’s Weighing Us Down?

I ran into Bento at the pub the other night. Bento is an old friend of mine & he often has a quirky take on things. Sometimes, Bento’s view of things can give me pause for thought.

He was rambling on about how remarkably similar American politics are, to what Irish politics were in the old days. This was all by way of him complaining about winter dragging on & he mused out loud (with the odd expletive to accent an important point): was spring ever going to arrive? Bento wondered if he could get away with saying that his father was born in a warm country somewhere? The idea being that he could claim citizenship there, without all the usual bother, & just head off to the sun for a few months ’til things warmed up. Modern politics gave you great freedom & flexibility these days, he thought.

Bento’s meandering tone, as he muses, has a way of making you believe the unbelievable.

Almost mid-sentence, he asked me why I was trying to lose weight!

“Aren’t you better off just enjoying yourself, Paul?”

Bento doesn’t necessarily always run his thoughts through a filter to make you feel any better about some particular challenge you might have.

“Is it the health?”, he quizzed aloud.

Not expecting me to fill the silence with what I thought, no answer was required. He then went on to reminisce about a few of our friends who had gone to the great pub in the sky. Undeservedly & well before their time, Bento adjudicated.

“You won’t be running any four-minute miles in the few years you have left, will you?”

Another question that he would undoubtedly answer for me. I sipped my pint. Again. Despite his silent pauses, there was no point interrupting him while he was in flow.

“You’d be better off doing things you’d like to be doing.”, he opines. Him looking up, under raised eyebrows, at me. The creamy froth of the pint still on his top lip. Then promptly removed with a practiced twist of the bottom one.

“And then maybe you’d spend less time thinking about what you would & wouldn’t like to eat, wouldn’t you?”

He’s different. But sometimes, Bento has a way of recognizing the anchor below the still surface of the water.

I was missing dinner. We had another pint. Bento carried on musing. All very enjoyable.

Down about a pound & a half this morning!