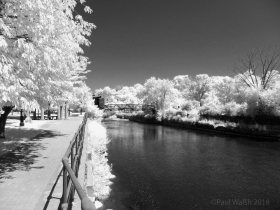 In today’s political climate it seems like nothing is black & white. I find myself constantly having to dig for background information to try to get a picture of something resembling reality. And even then, I am unsure that I have a clear picture. Perhaps there is no perfect picture for many complex situations. With the sheer volume of information, & misinformation, that is available nowadays, maybe we have to tolerate a level of mental chaos in trying to form an opinion.

This is surprisingly similar to the world of nutrition! There is long standing debate between those who believe a plant based diet is best for us, and those who believe we are genetically programmed omnivores. There are diets that support a dizzying variety of macro-nutrient ratio bias. Low carb, keteogenic & paleo programs push us in one set of directions. Elsewhere, there are proponents of a wide variety of high fat & low fat regimens. You should eat this much & that much protein. There is probably some general consensus that a diet, regardless of macro-nutrient rations, which promotes a more natural, whole food, wild, pasture-raised and grass-fed bias is better for us. Phew! Somewhat chaotic still, but an almost tacit agreement in at least one area.

That doesn’t mean I want to give up my French fries though!

Another emerging trend that only mimics ancient practice is that of fasting. Fasting is a part of all the major religions. We were supposed to fast on Friday as kids. Then we got to eat fish on Fridays. Then that became fish ‘n’ chips. And since cookies & candy were’t meat, they were okay too! These days, fasting is being investigated more thoroughly. Both as a weigh-loss strategy, & a way of improving our overall health. And those that are delving deepest into this area of research are producing some results that might suggest that occasional fasting could have value in all our lives. I was doing intermittent fasting way before it became a thing. Much to the horror of friends & family at the time. In the past, a low carb diet with an occasional day of “starvation” worked pretty well. It helped me shed a lot of weight. And I kept it off for a significant number of years following that. Still haven’t figured out what finally went wrong again but that’s a story for another day. Meantime …

Now that I’m older … I wonder if it’ll work again?